This paper, first published by Policy Network, investigates how successful British political parties have been 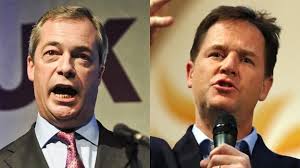 at using the power of European politics. By analysing the voting patterns of British MEPs during the last European Parliament’s mandate (2009-2014), it highlights how often Conservatives, Labour, Lib Dems and UKIP participated in winning coalitions and have influenced policymaking in 15 of the European Parliament’s most important decisions.

The analysis finds sharp contrasts between the actions of Britain’s four political parties,  categorising them as ‘Reliable’, ‘Ambiguous’, ‘Reluctant’ and ‘Dismissive’ Europeans: the Lib Dems come across as a successful and reliable partners in making deals and influencing policy; Labour appears more ambivalent towards working with their allies; the Conservatives, after stepping out of the EPP group, have traded home comforts for a loss of influence in Brussels; and finally, UKIP simply dismisses EU legislation.